Our customer service team strives to go above and beyond in providing the attention that our customers deserve. Good communication, trust, and appreciation is important to us when establishing a relationship with each and every one of our customers. 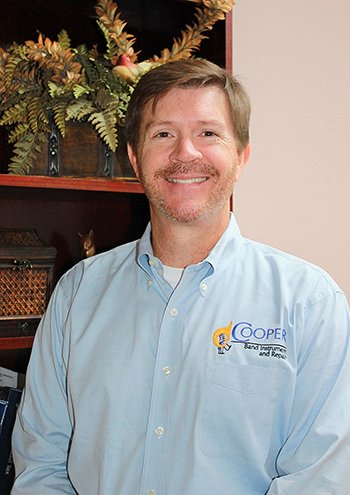 Hal grew up in El Dorado and Russellville, Arkansas with band coursing through his veins. Hal’s father was a decorated university band director and instilled in him a love of music. Hal played in the school band and a rock band for many years and later graduated with an Associates Degree in Music Science from Minnesota State University. Hal also currently serves on the board of the Arkansas Bandmasters Association as the Exhibitor Liaison. Before co-founding Cooper Music with his wife, Tracy, Hal worked with and alongside some of the best music store owners and repairmen in the state of Arkansas. He uses his 25+ years of experience to provide the best customer service around. 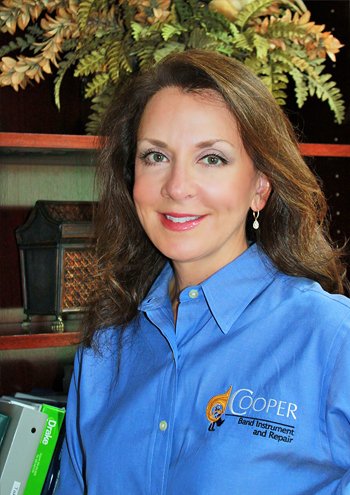 Tracy was educated at the University of Arkansas at Fayetteville, where she earned a Bachelor of Science in Business Administration with a degree in accounting. She is a member of the Association of Government Accountants, The Arkansas Society of Public Accountants, and is an IRS Registered Tax Return Preparer. Before co-founding Cooper Music with her husband, Hal, she worked for both private company and public tax accounting firms. She now uses these skills to oversee all financial processes at Cooper Music. 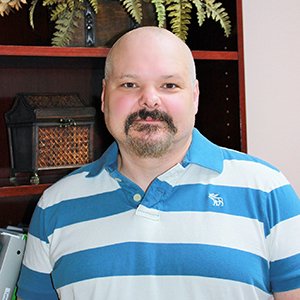 Chad grew up in Russellville, Arkansas playing trumpet in the school band. He also played drums in a rock band, which he continues to perform with today. He graduated from Russellville High School and began working in his family’s trucking business; however, his love of music drew him towards a different profession. His life long friendship with Hal opened the door as an Apprentice Repairman over twenty years ago. He honed his skills and ultimately became a Master Brass Repairman. In 2005, he was named the Shop Foreman, where he oversees all activities in the shop and provides the ultimate in customer service. 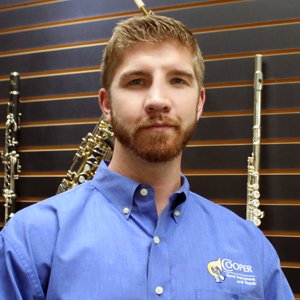 Casey has been a trombonist since 4th grade, even playing the instrument for the Marine Corps Band for four years. After leaving the Marine Corps, Casey graduated from the Motorcycle Mechanic Institute in Orlando, Florida. He then worked for Pig Trail Harley in Rogers, Arkansas. However, while his love for Harleys runs deep, his journey eventually brought him back to music and working as a repair technician, which he loves. Casey says he lives a simple life centered on good music, golfing, riding his Road King, and anything outdoors. 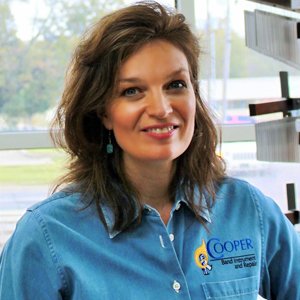 Susan has been working and providing customer service in the River Valley for over 25 years. She has a Masters of Liberal Arts degree from Arkansas Tech University with an emphasis in communications. Susan has held jobs with Regions Financial Corporation as a Trust Administrator and Training Coordinator for many years. She also held the position of Economic Development Assistant at the Russellville Chamber of Commerce. She uses her communication skills daily to provide a level of service unequaled in our music community. Susan also maintains all of our social media platforms. She makes her home in Russellville, AR with her husband, Max, and son, Eli. 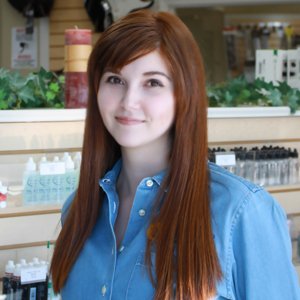 Kelsey is a recent graduate of University of the Ozarks in Clarksville, Arkansas, where she obtained her Bachelor of Arts degree in English with a minor in Strategic Communication. Before finding a home at Cooper Music, she worked as a communications assistant at Ozarks Outdoors and an English tutor for Student Support Services at her university; both positions helped her develop important skills in the customer service field. Kelsey also designs and maintains our website, a skill and passion she has had since she was 8 years old. In her down time, Kelsey enjoys playing video games, reading, and playing piano. 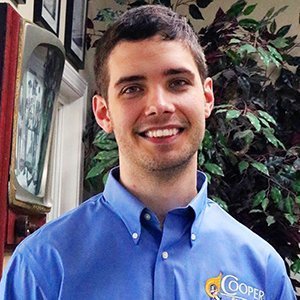 Talon Christy-Thomas assists our band instrument company with customer service, bookkeeping, payroll and inventory. Talon comes to Cooper Music as a prior manager and bookkeeper for a janitorial service and a customer service rep for a call center. Talon has a bachelor’s degree in History from Arkansas Tech University, and is currently pursuing a second degree in Business Management. Talon lives in Russellville with his wife, Summer, and their Maltipoo, Popcorn. He enjoys playing video games and following his favorite football team, the Tampa Bay Buccaneers.

Across main street from Kroger,
right next to the Smokehouse Deli.